If there ever was a time to pull out your panini press – or Foreman grill or any other tabletop grill – it’s right now, in the middle of July, in the thick of the summer heat! Let the panini press be your secret weapon for making dinner without having to turn on the oven or stand over a hot outdoor grill.

My new Seared Ahi and Avocado Salad recipe is one of 8 Summertime Dinners on the Panini Press I’m sharing with you today. Bookmark this one – we’ve still got a lot of summer left to go! 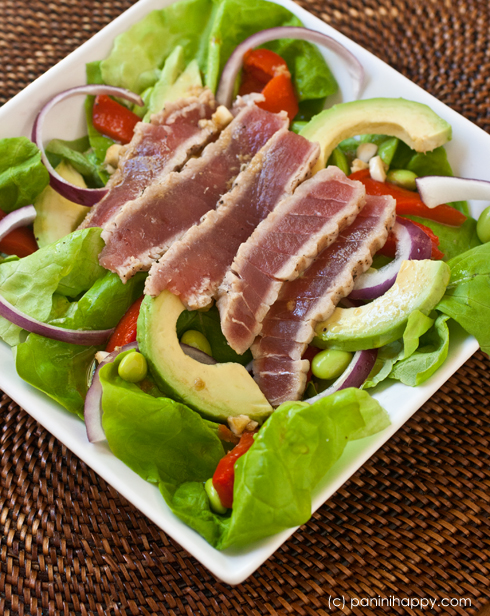 First, let’s talk about this Seared Ahi and Avocado Salad. It’s inspired by one of my best friends who doesn’t consider herself to be much of a cook but is the queen of our local takeout scene. A favorite order of hers is a seared ahi salad that’s been tossed in ginger vinaigrette with goodies like avocado, edamame, roasted red bell peppers, and greens. With the tuna on top (seared on the panini press in just 90 seconds!) it’s substantial enough for dinner, but it’s still light and cool for summer. I love it!

I’ve got lots of great ideas for making summertime dinners on the panini press – a few of my favorites (in addition to today’s salad) include: