Panini Happy turns 5 this week! If there’s one thing I’ve learned about the panini press through blogging about it over the past 5 years it’s that it is far from a “just a sandwich maker”. We love panini here, don’t get me wrong. But I’ll admit I get especially excited when I discover another great use for the panini press beyond sandwiches.

I screamed from the rooftops about ice cream cones…I was bullish over bacon…I rejoiced for mini layer cakes. Now…I’m all about Panini Press Brownies. 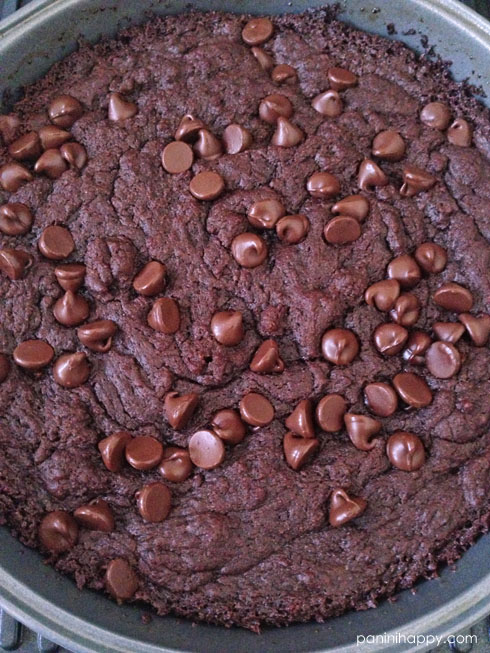 What? How? Why? Allow me to explain.

WHAT: You can bake brownies on your panini press. Really good brownies – chewy, fudgy, just like we like ’em.

HOW: Instead of putting an 8×8 square pan in the oven you just pour brownie batter into an 8-inch cake pan, set it on the panini press and close the lid. The square pan didn’t quite fit on either of my presses, but the shallower round pan did. Set the heat to around medium and check it when chocolate aromas begin to fill the room, about 20 minutes. Brownies are rather forgiving, so even if you bake them a minute or two too little or too much they’ll still taste great. 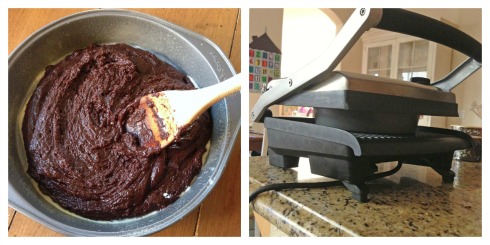 WHY: When I come up with these crazy ideas for alternative uses for a panini press, I always want to make sure it isn’t a gimmick but there’s a valid, beneficial reason for them. Panini Press Brownies solve the predicament of being without an oven – whether the oven is occupied by other dishes or there actually isn’t one present, such as in a dorm room, workplace, cabin, etc. I purposely chose a brownie recipe (one of my favorites, from King Arthur Flour) that didn’t require the use of a stove, because if you’ve got a stove chances are you’ve got an oven. Dorms, offices and vacation rentals often have microwaves so I adapted the instructions for a microwave. Now that I think about it, you could probably even melt the butter on the panini press as well, eliminating the need for any other appliance at all. Shoot…well, be on the lookout for an update to this post at some point once I try that. 🙂 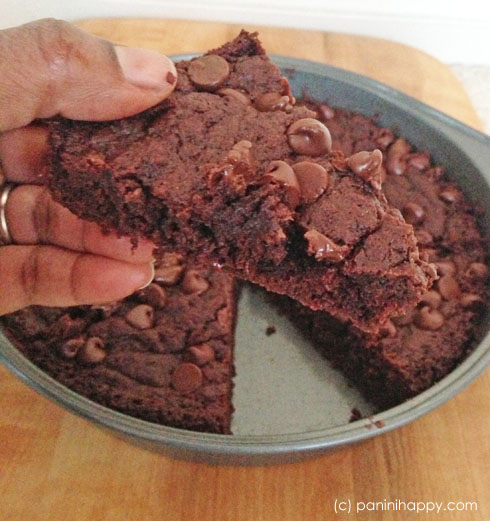