How to Make Super-Melting Cheese

Let it be said that I love how cheeses like cheddar and Gruyere melt naturally, even when it breaks, browns, or exhibits any other “imperfect” traits. But it doesn’t mean I wasn’t absolutely intrigued when I heard it was possible to make your own perfectly melting cheese at home – cheese that would soften, stretch and drape itself gently when heated, rather than break or separate. The next thing I knew, I was ordering sodium citrate online and gathering the other necessary ingredients – good quality cheese and Hefeweizen – to give this super-melting cheese a try. 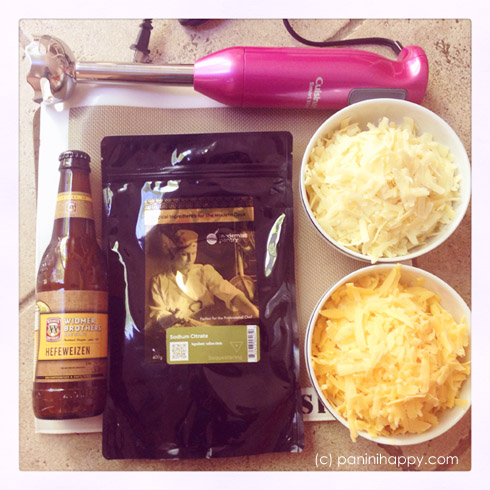 The method for this perfectly melting cheese comes from a book called Modernist Cuisine at Home (the “home version” of the revolutionary 6-volume Modernist Cuisine encyclopedic set) but I found the recipe on Chow.com. It’s an incredibly simple process and the results are impressive! 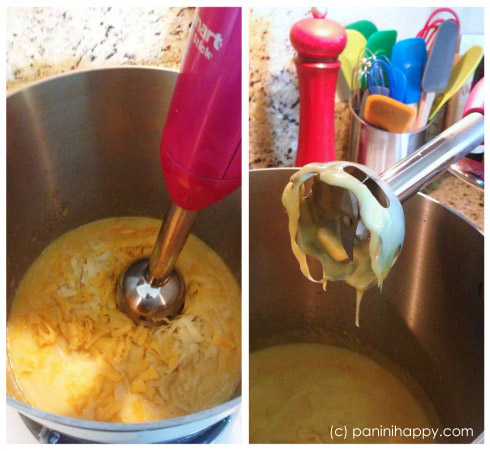 Shredded sharp cheddar and Gruyere went into a big pot with simmering wheat beer and sodium citrate. The ModernistCuisine.com website explains the science behind how this process works:

“In solid form, cheese is a stable emulsion. The tiny droplets of dairy fat are suspended in water and held in place by a net of interlinked proteins. When cheese melts, however, that net breaks apart, and the oil and water tend to go their separate ways. Sodium citrate can form attachments to both fat and water molecules, so it holds everything together. The end result is a perfectly smooth, homogeneous sauce. The sauce even can be cut into processed cheese-like slices once it cools.”

As the cheese melted, I blended it all together with my new immersion blender (I got one last Christmas – my first time using it!). An immersion blender truly is the way to go with this – you’re not going to want to have to scrape all of this fondue-like cheese out of a traditional blender, that’s for sure. 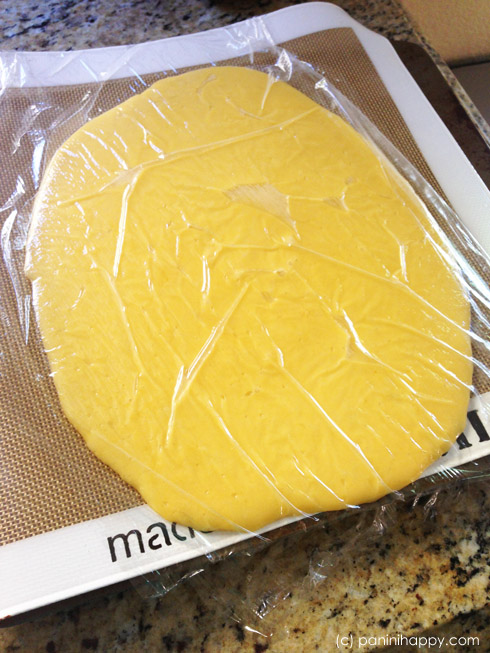 Once the cheese was melted down and its fat and water molecules were all bonded, the next step was to pour the mixture out onto a silpat and allow it to set up in the refrigerator. 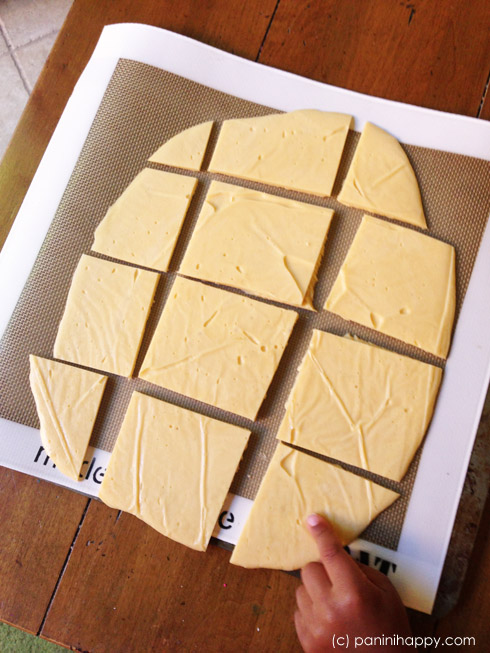 From there, all that was left to do was to divide the cheese into slices. As you can see in the photo above, my little boy couldn’t resist applying a finger to the smooth surface. 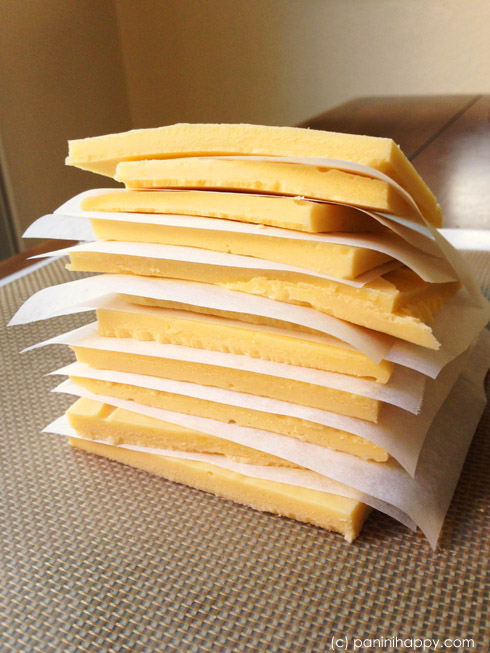 And there you have it – cheese slices that are ready for grilling into sandwiches, melting into mac and cheese, or any other melty concoction you can think of. 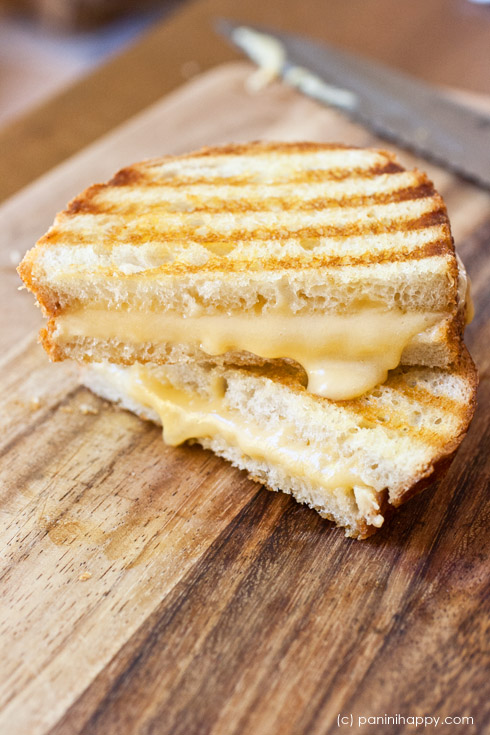 The big question: Did it taste good? Well, yes. Flavor-wise, it tasted like sharp cheddar and Gruyere, spiked with beer, which is a tasty combo. As for the texture – well, that’s a matter of individual preference. For me, I tend to associate a super smooth-melting cheese like this with American slices, that brand that starts with “V” and other processed cheeses. And, technically speaking, I did kind of process the cheese with the sodium citrate, simmering, blending and all. Cheese in its natural state is just fine by me, separation and all. Would I make cheese like this again? Probably not, unless I was cooking for someone who might be interested in trying out. Then again, I now own a rather sizable bag of sodium citrate, so who knows? 🙂

To make your own super-melting cheese, check out the Modernist Cuisine recipe over on Chow.com.